Today I’d like to share a story that happened to a doctor I’ve known for a very long time and who I have a great deal of respect for.

Having been in practice for many years, this doctor was in the process of training an associate to take over the practice after their eventual retirement. The two had formed a strong connection and all seemed to be well for a long time. What my friend didn’t know was that their associate was secretly opening up their own practice down the street, catering to the same market, the same patients, and even bringing some team members with them. The rest of the team knew about the betrayal and even supported the other doctor by liking posts on Facebook and other seemingly minor actions.

Upon hearing this story, I simply couldn’t believe that it was true. The fact that someone could be that blatantly unethical was astonishing to me.

I know that some of you will shout from the rooftops, “That’s why we have non-compete contracts”, but shouldn’t we live in a world where people want to do the right thing, not because they have a contract telling them they have to, but simply because it’s right?

As I continued to think about this story, I realized that at its core, it is a situation that all of us will face at some point in our careers. As a business starts to gain traction, and everything seems to be going amazing, you’re going to face decisions that will determine who you are.

In those moments, you’re going to have to choose between making more money or doing the right thing.

Let’s say you consider making a recommendation to a patient who really doesn’t need the treatment, but you want to hit your numbers.

What do you think you’d do?

Let’s say your team has botched a service, resulting in more costly visits for the patient that should have been unnecessary.

Do you own up to the mistake?

Sometimes doing the right thing in situations such as these will cost you money. Sometimes it will cost you time. However, if instead, you choose to make money the deciding factor, the cost will be much more significant in my opinion.

That cost is going to be your ability to look yourself in the mirror at the end of your life and be happy with the person you’ve become. Choosing the money over what’s right once or twice, may not cost you your soul. You may even think you’ve “gotten away with it”. But gradually, the little decisions will pile up.

So, every time you face that decision – make a good choice. Not “good” in the sense that you think it’s best for your business, but “good” in the sense that it’s best for your soul. Surround yourself with people that have a high sense of integrity and know that when you do reflect back on the life you’ve lived, you’ll be proud of what you’ve accomplished and how you did so.

Ethicality has a pivotal role in my own business and life. If you want to talk about the choices you’re facing in your business, and whether or not they are the right ones, reach out. I may not be able to solve the problems you face, but I’ll offer guidance and support to help you conquer them. 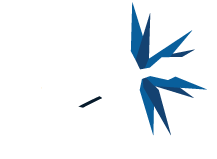